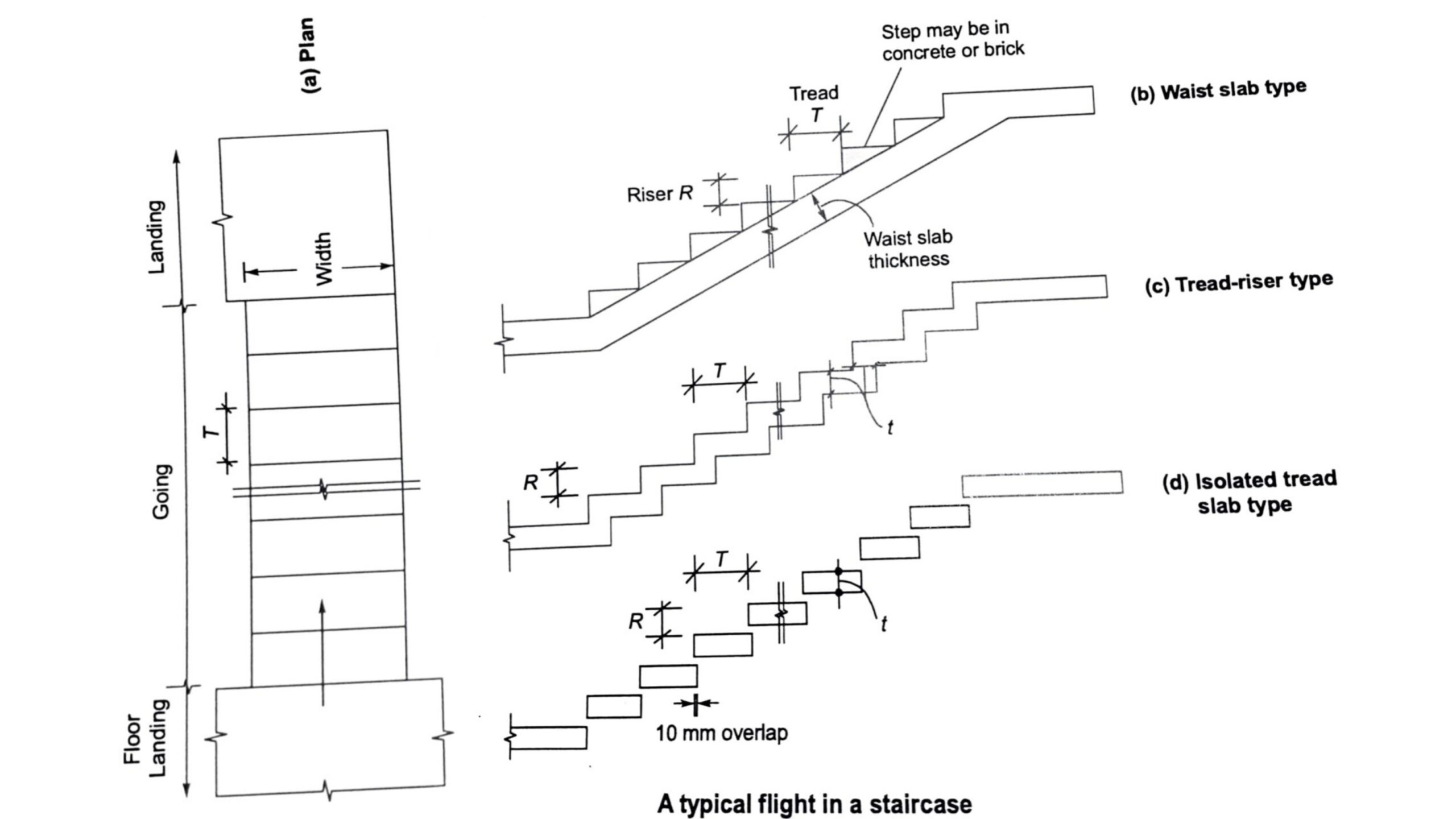 The staircase is an essential component of a building providing access to different floors and roofs of the building.

It consists of a flight of steps, usually with one or more intermediate landings provided between the floor levels.

Typical Flight Of A Staircase : 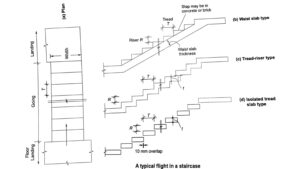 Structural Components Or Terminologies Of A Staircase :

The Main Part Of Stairs:

Tread: it is the horizontal upper portion of a step where the foot restals.

Nosing: Sometimes the tread is projected outwards for aesthetic or to provide more space, this projection is called the nosing.

Flight: Flight is a series of steps provided between two landings.

Going: Going of the stair is a horizontal projection of the flight.

Landing: The horizontal slab provided between two flights. It is provided at every 10-12 steps for
comfort and is also required in case of a change of direction.

Overlap: The amount by which nosing of a tread (or landing) over sails the immediate lower tread.

Soffit: The bottom surface of a stair slab.

Headroom: The vertical distance of a line connecting the nosing of all treads and the soffit.

Waist: The thickness of the waist slab on which steps are made is known as the waist.

Stringer: These are the sloping members of the stairs, use to support the end of steps.

Winders: These are the steps used for changing the direction of stairs. These are usually triangular in plan.

Pitch or Slope: Vertical angle made by a line of nosing with vertical. Pitch should not be more than 38º.

General Guidelines For Planning A Staircase :

The following are some of the general guidelines for planning a staircase:

(i) The respective dimension of tread and riser for all the parallel steps should be the same on the consecutive floors of a building.

(ii) The minimum vertical headroom above any step should be 2 m.

The following components of the staircase are to be proportioned before designing a staircase.

The width of a step in the staircase (width of staircase) is proportioned following the recommendations given below:

(b) Number of Steps:

The number of steps in a flight is usually kept between 3 and 12.