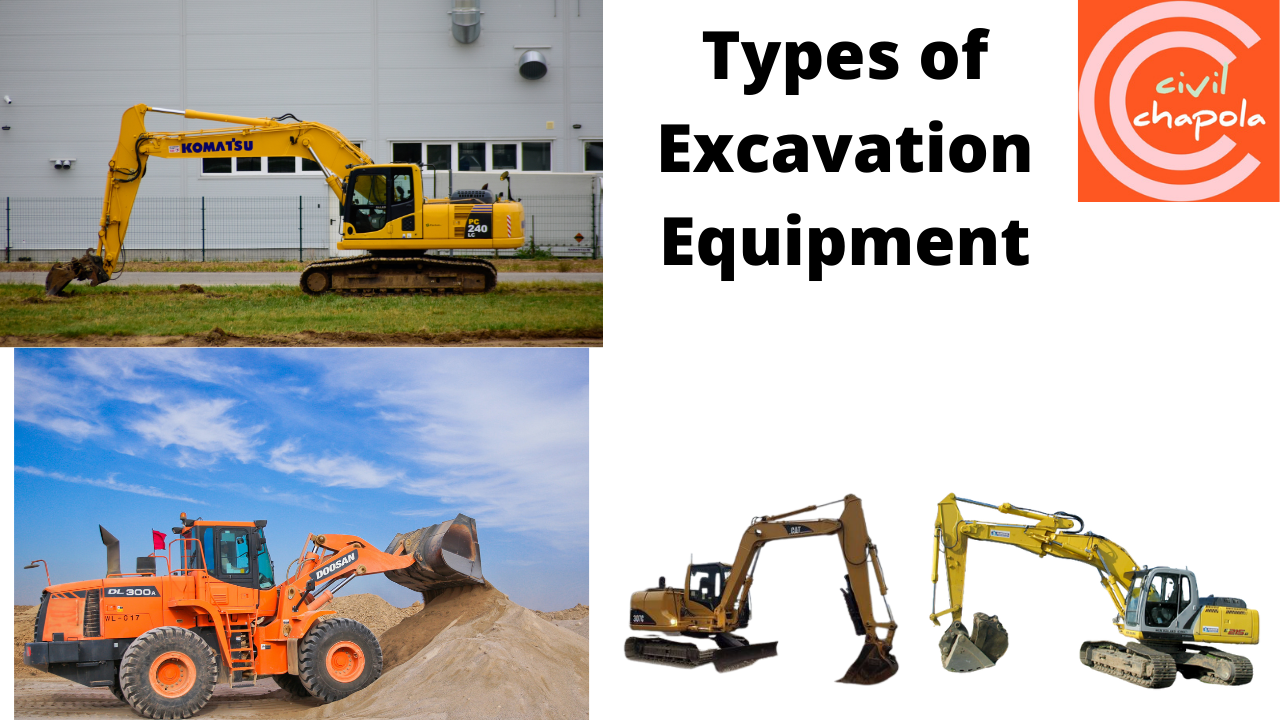 Excavation is the process of cutting or loosening and removing earth including rock from its original position, transporting and dumping it as a fill or spoil bank. The depth of the excavation is decided, among other
factors, on the requirement of the vertical profile of the road and slope to be provided is governed by the type of soil including stratification construction of side drains also require excavations along the roadside.

All the materials involved in the excavation are classified into the following group’s:

(i) Ordinary Soil: This comprises vegetable or organic soil, sand, silt. clay, mud, peat, black cotton soil, a mixture of these and similar material which yields to the ordinary application of pick and shovel, rake or other ordinary digging implements. Removal of gravel or any other nodular material having diameter in any one direction not exceeding 75 mm occurring in such strata is deemed to be covered under this category.

(iii) Ordinary Rock: Limestone, sandstone, laterite disintegrated rock which may be quarried or split
with crowbars, unreinforced cement concrete which may be broken up with crowbars and boulders
which do not require blasting, having a maximum diameter in any direction of more than 300 mm are
covered under this category

(iv) Hard Rock: Any rock or cement concrete for the excavation which the use of mechanical plant or
blasting is required. Reinforced cement concrete (reinforcement cut through but not separated from
the concrete) below ground level

(v) Marshy Soil: This includes soil excavated below the original ground level of marshes and swamps
and soils excavated from other areas requiring continuous pumping out of water

6 Types of Excavation Equipment in Construction:

(i) Bull Dozer: It may be used for clearing site Publications opening up pilot roads, moving earth for short Boom haul distance of about 100 m. 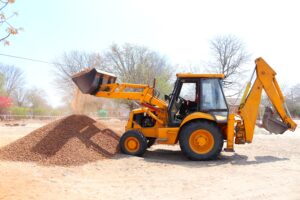 (ii) Power Shovel: It is used primarily to excavate earth of all classes except rock and to load it Cab into wagons. It may be mounted on crawler tracks so they can move at low speeds. Power Crawler Shovels can effectively operate to excavate earth Dipper mounting from a lower level where it stands and when the depth of the face to be excavated is not too shallow. 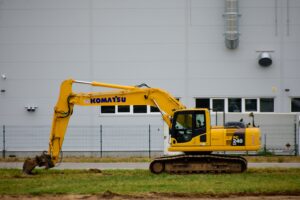 (iii) Scraper: It is considered as one of the useful earth moving equipment as it is self-operating. It can dig, haul and discharge the material in uniformly thick layers. However, scrapers are not capable of digging very stiff material. 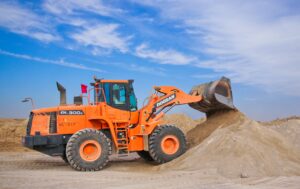 (iv) Dragline: It is used to excavate soft earth and to deposit in nearby banks or to load into wagons. It can operate on the natural ground while excavating from a pit with a bucket. Thus it is not necessary for the dragline to go into the pit in order to excavate. 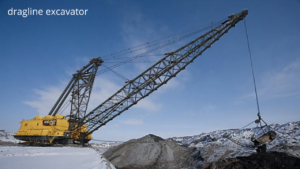 (v) Clampshell: It is useful for excavation of soft to medium materials and loose the material at or below existing ground surface 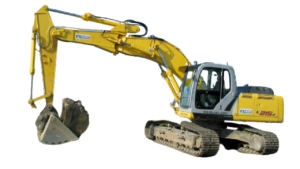 (vi) Hoe: It is meant to excavate below the natural surface where the machine is stationed and is capable of having
precise control of depth of excavation at close range work. Hoe can excavate stiff material which normally cannot be excavated by dragline. 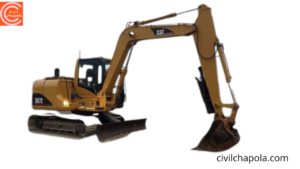