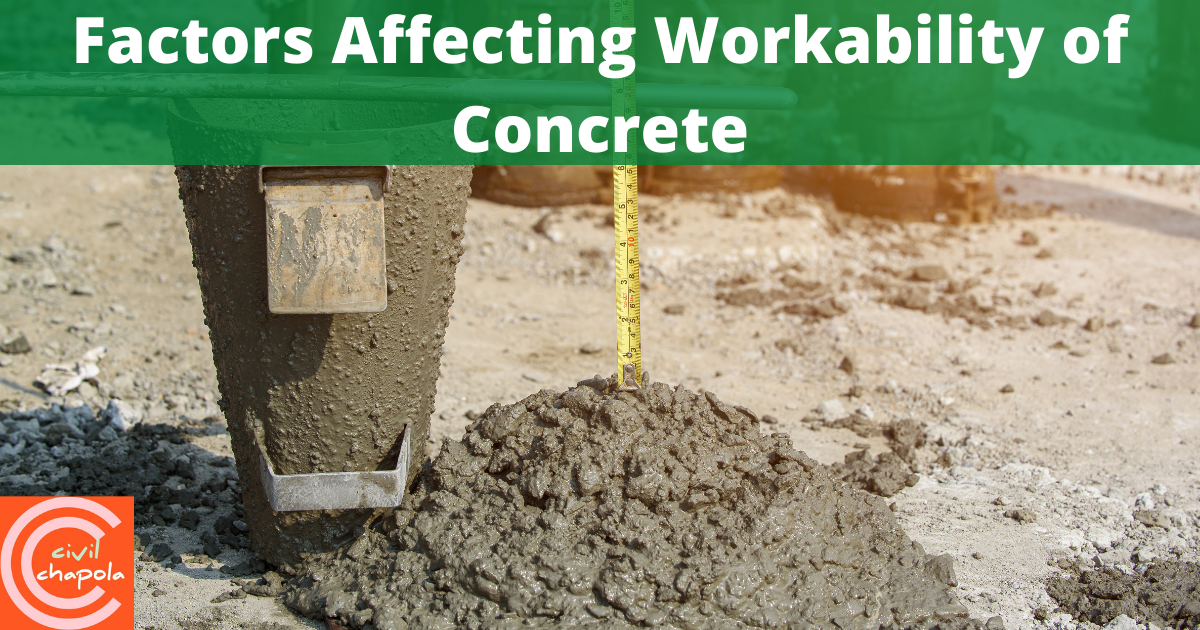 Workability is the amount of work to produce full compaction.

The important facts in connection with workability are:

(i) If more water is added to attain the required degree of workmanship, it results in the concrete of low strength and poor durability.

(ii) If the strength of concrete is not to be affected, the degree of workability can be obtained:

By slightly changing the proportions of fine and coarse aggregates, in case the concrete the mixture is too wet; and

By adding a small quantity of water-cement paste in the proportion of the original mix, in case the concrete mixture is too dry.

(iii) The workability of concrete is also affected by the maximum size of the coarse aggregates to be
used in the mixture. 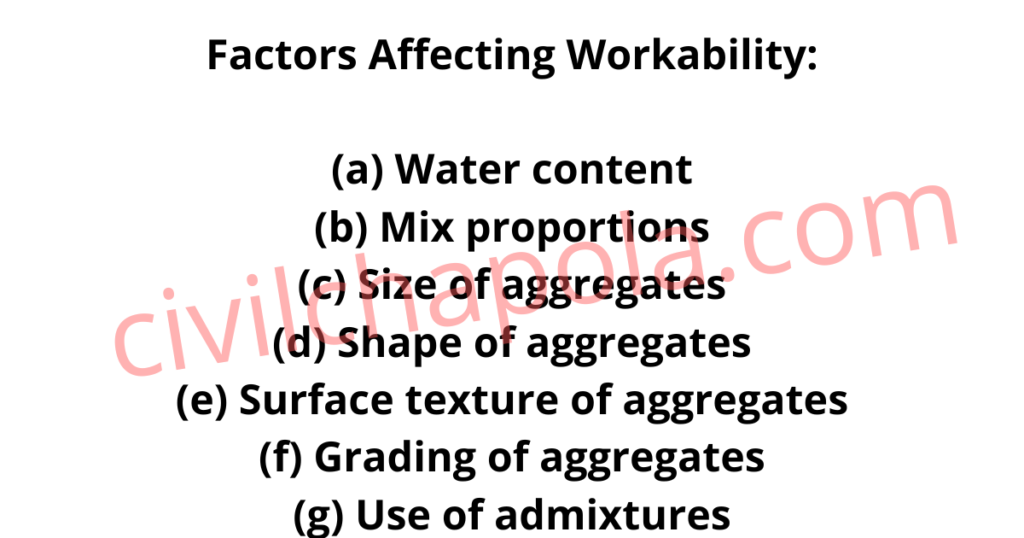 NOTE: The factors (2, 3, and 4) are of lesser importance while factor (1), is the major influencing factor.