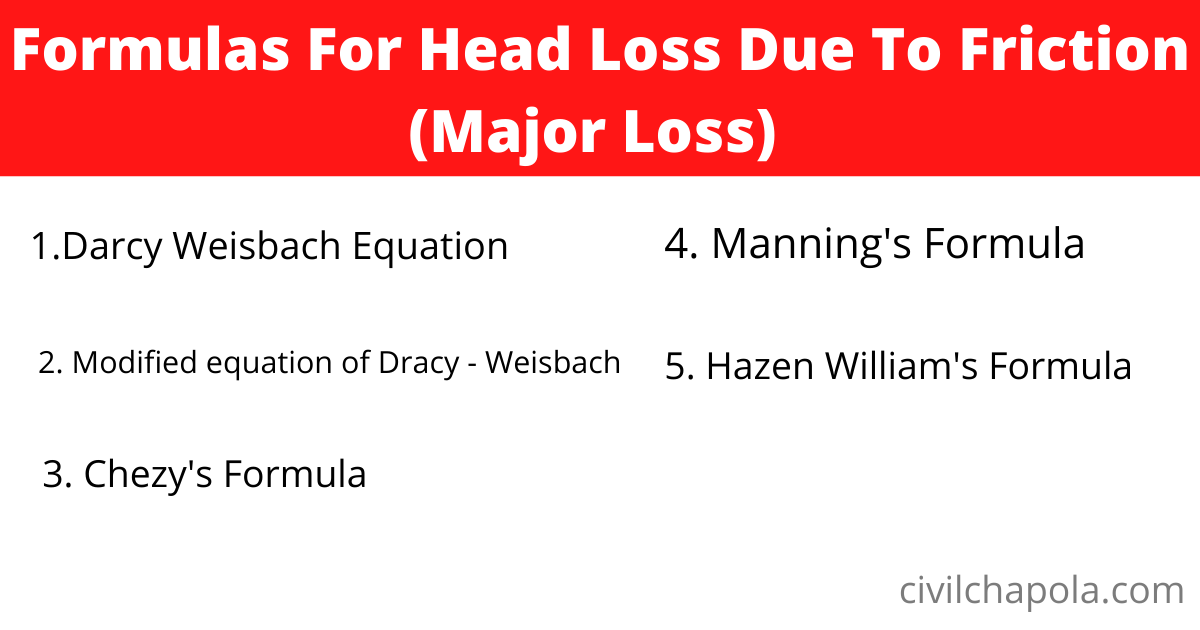 When a fluid flows from one section to another section, there occurs a reduction in its total energy due to friction between the pipe wall and the flowing fluid. This energy loss is represented as head loss (in terms of the water column in m).

Following are some formulas for calculating head loss in fluid mechanics given by different scientists.

Applying energy equation at sections (1) and (2)

Since the flow is steady and uniform

Where, L= Lenth of the pipeline ,   f’ = Friction Coefficient

Darcy Weisbach formula is the most commonly used formula in the case of pipe flow. This formula is not applied to open channels for the calculation of head loss.

Chezy’s formula is applicable to both pipe flow as well as open channel flow.

In the case of pipe flow,

Mannings formula is most common for analysis of open channel flow but often used to analyze pipe problems too.

By comparing Manning’s formula with Chezy’s formula, we get

The value of ‘n’ depends on the boundary and the hydraulic gradient line.

This formula is mostly used for designing water supply systems.

where C1 = Coefficient whose value depends upon the type of boundary