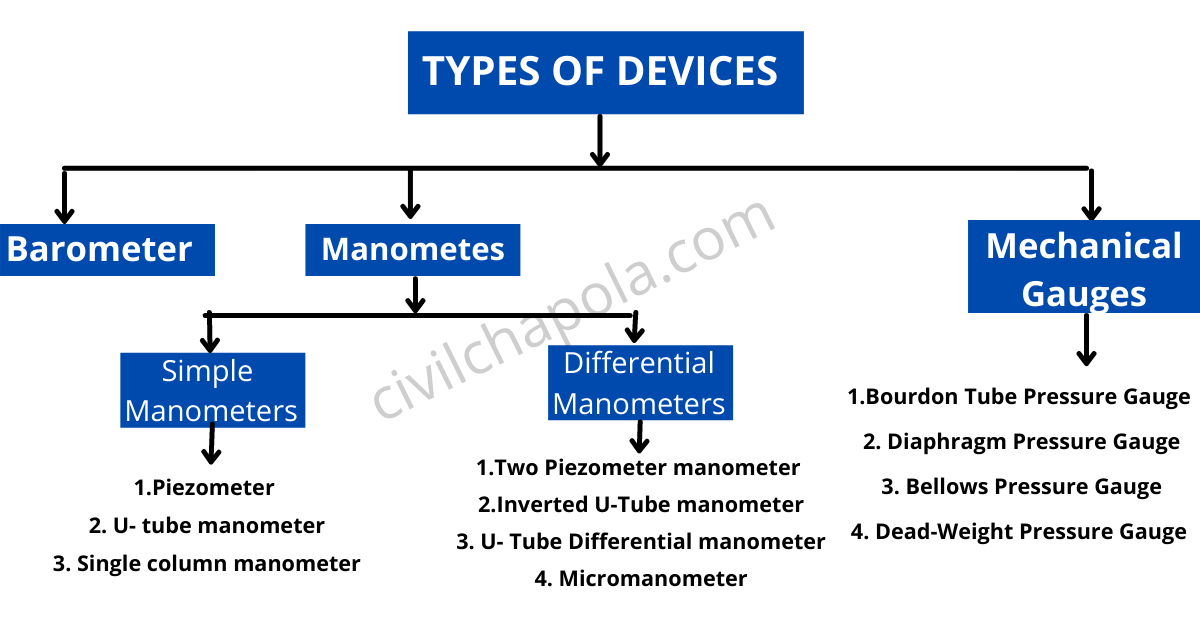 Pressure measurement is the analysis of the force exerted by a fluid (liquid or gas) on a surface. 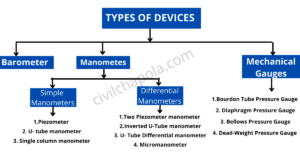 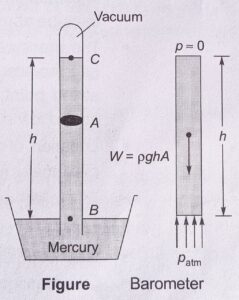 A simple manometer consists of a glass tube with one end attached to the gauge point where the pressure is to be measured and the other open to the atmosphere.
Following are the types of simple manometers, 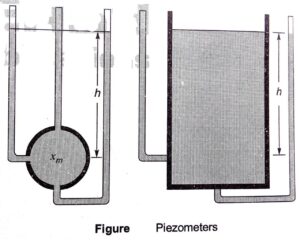 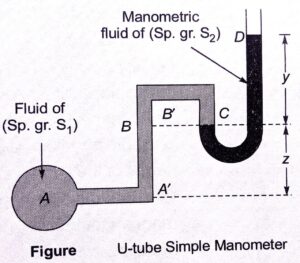 Consider a U-tube simple manometer is measuring the pressure of a fluid of specific gravity S1 To write an equation for the pressure of the fluid following points should be kept in mind. 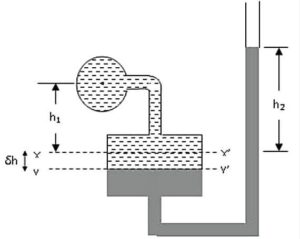 The inclined type is useful for the measurement of small pressures as they are more sensitive than the vertical type.

To measure the pressure difference between any two points in a pipeline or two pipes or containers, a differential manometer is employed.

In general, a differential manometer consists of a bent glass tube with two ends attached to each of the two gauge points between which the pressure difference needs to be measured.

Following are the common types of differential manometers: 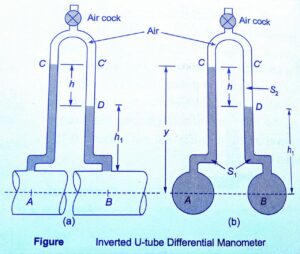 Sensitivity of inverted U-tube manometer can be increased by replacing air with a manometric fluid of specific gravity such that S2 <S1 In this case, gauge equation can be written as; 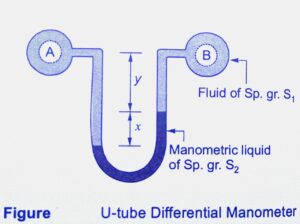 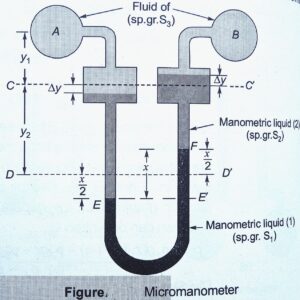