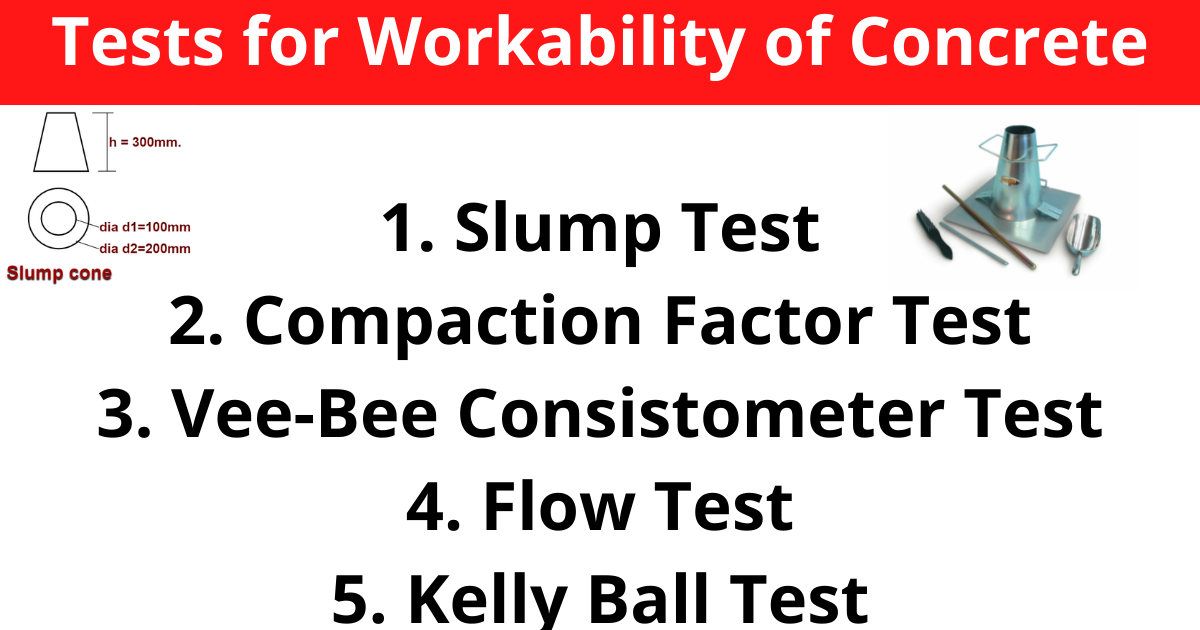 Tests for Workability of Concrete

Workability test of concrete done from the following:

the slump test is the most commonly used method of measuring the consistency of concrete which can be employed either in the laboratory or at the site of work.

It is not a suitable method for very wet or very dry concrete and stiff mix.

It does not measure all factors contributing to workability. 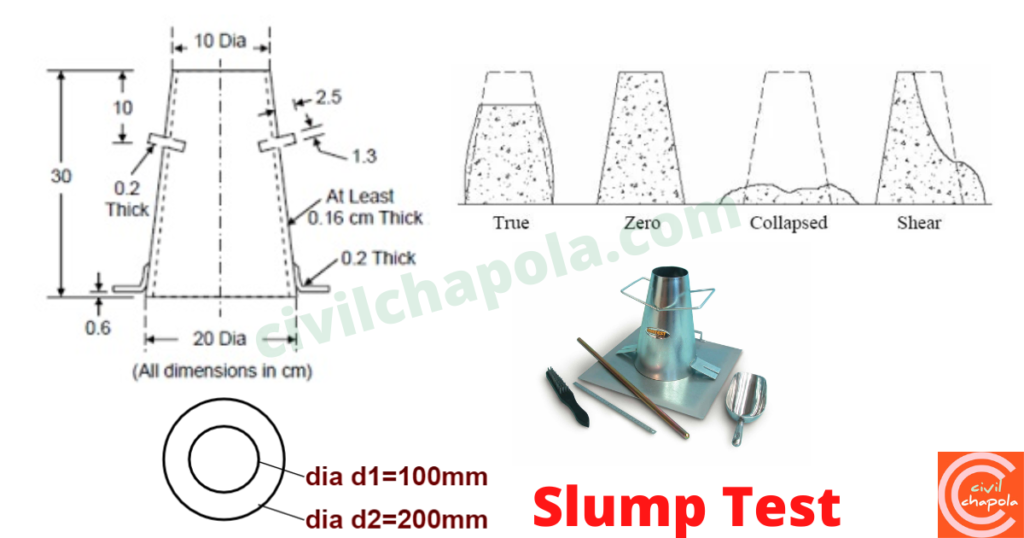 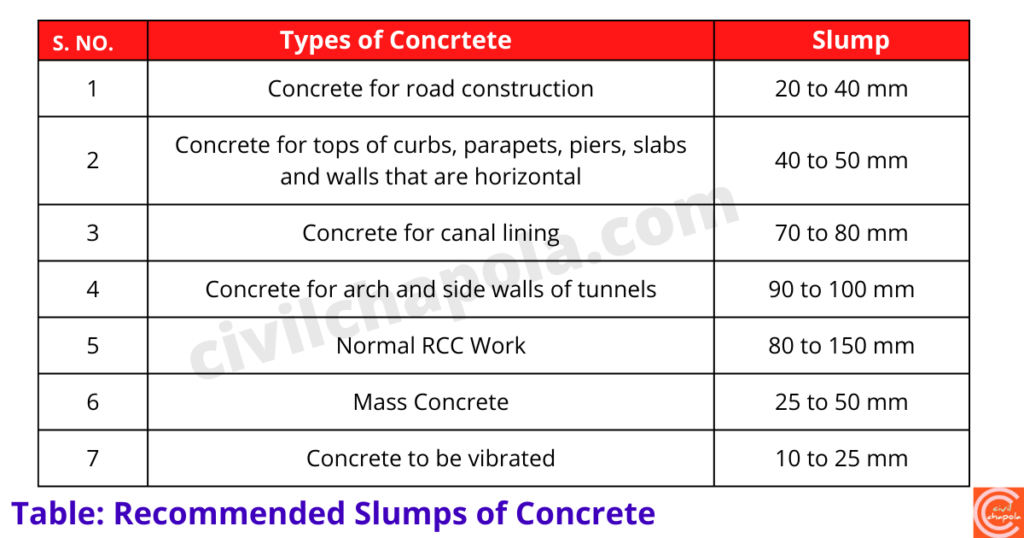 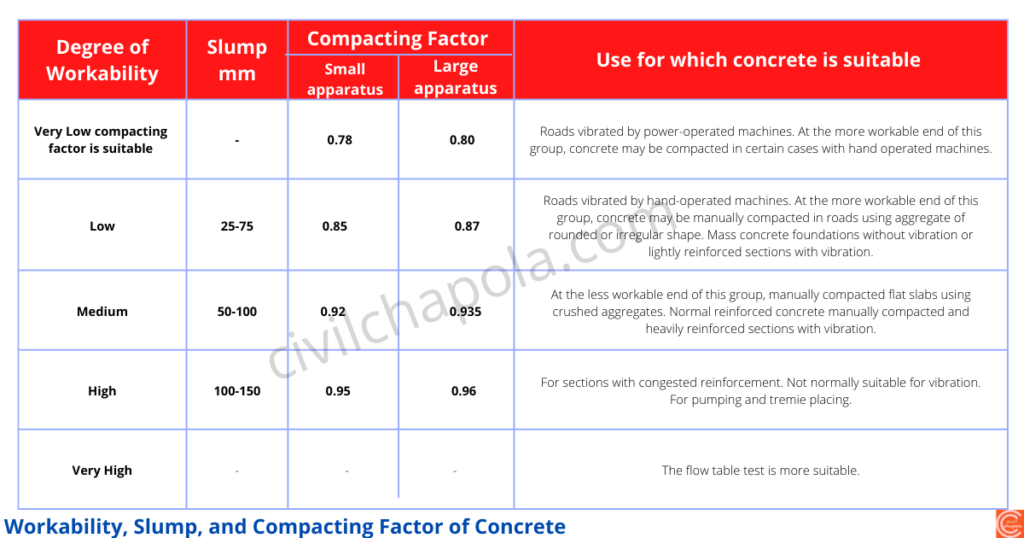 this is a laboratory test which indicates the quality of concrete with respect to consistency, cohesiveness and proneness to segregation.

In this test, a standard mass of concrete is subjected to jolting.

The spread or the flow of the concrete is measured and this flow is related to workability.

It can be realized that the compacting factor test measures the inherent characteristics of the concrete which relates very close to the workability requirements of concrete and as such it is one of the good tests to depict the workability of concrete. 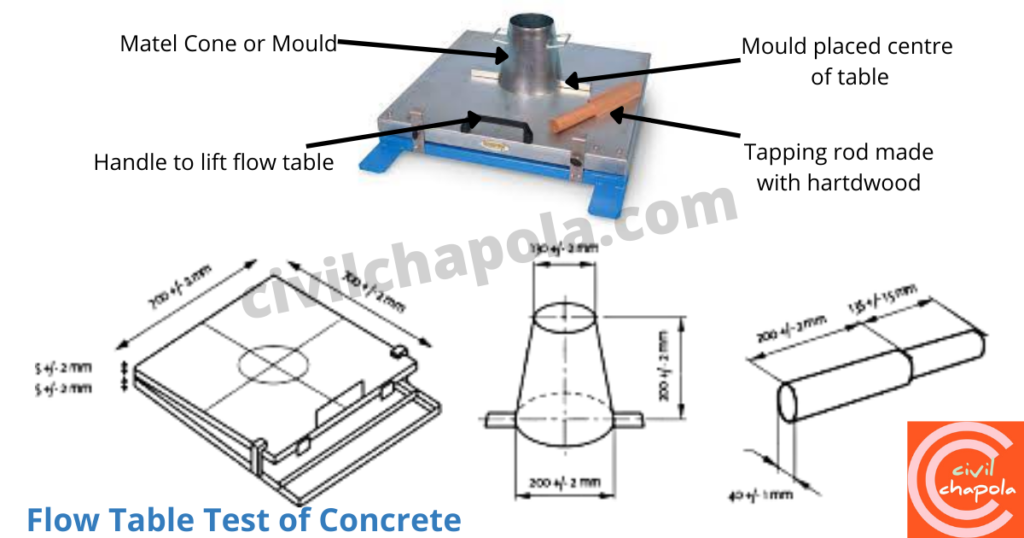 this is a simple field test consisting of the measurement of the indentation made by a 15 cm diameter metal hemisphere weighing 13.6 kg. When freely placed on fresh concrete. The test has been devised by kelly and is hence known as the kelly ball test.

This has not been covered by the Indian standards specification

It cannot be used when the concrete is placed in a thin section.

The minimum of concrete must be at least 20 cm and the minimum distance from the centre of the ball to the nearest edge of the concrete is 23 cm.