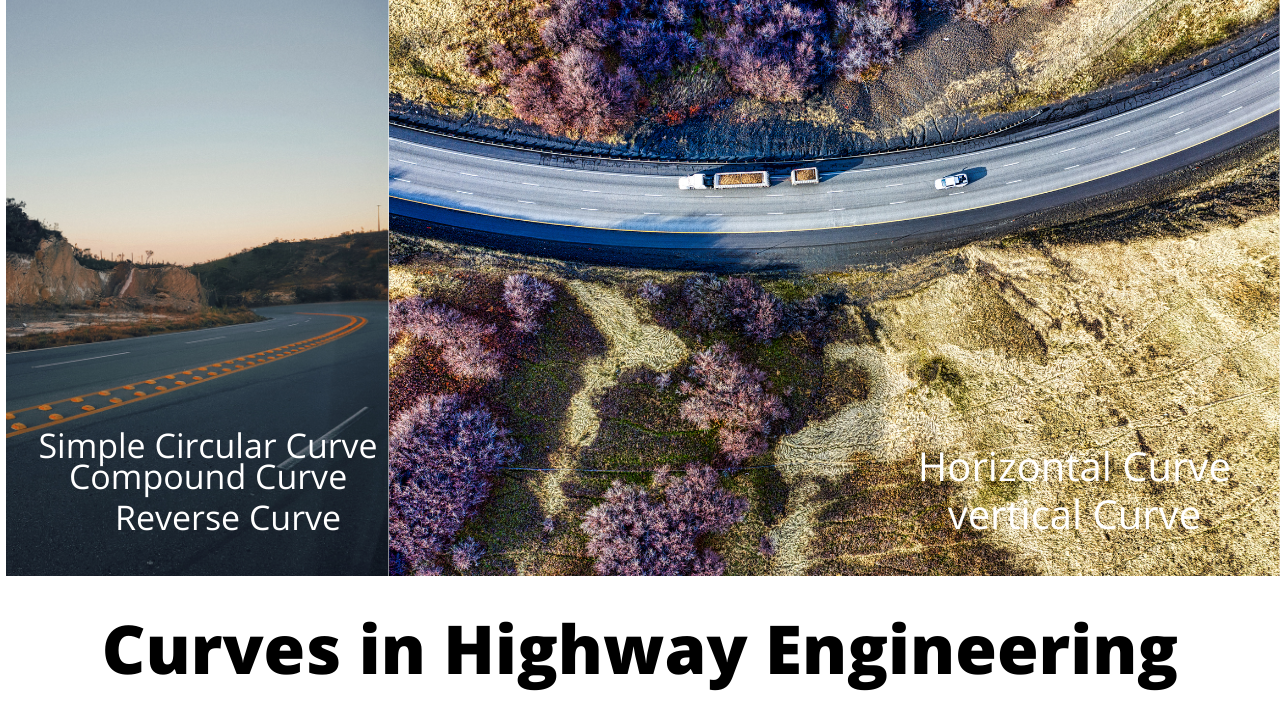 Curves in highway engineering are provided in highways so that the change of direction is gradual at the intersection of straight alignments in the horizontal or vertical plane.

Uses of Curves due to the following reasons:

(i) Topography of the country
(ii) To provide access to a particular locality
(iii) Restrictions imposed by property
(iv) Preservation of existing amenities
(v) Avoiding existing religious, monumental, and other costly structures.
(vi) Making use of the existing right of way

The advantages of providing curves are:
(i) They provide comfort to the passengers. If there is an abrupt change in the direction or grade of the highway will upset the passengers.
(ii) They help to avoid mental strain induced by the monotony of continuous journey along a straight path.
(iii) In the case of sharp turns, brakes have to be applied more frequently which reduces the life of tyres.
Thus the life of the vehicles is increased by providing curves
(iv) The drivers become alert due to the change in the direction of the road
(w) They help to keep the speed of the vehicle within limits. On a straight road, the driver is moved to go at a much faster speed.

Factor Affecting the Design of Curves:

The various factors which affect the design of curves are:

Type of Curves in Highway Engineering:

Curves have been divided into two classes:

A curve in a plan to provide a change in direction of the central line of a road.

A curve in the longitudinal section of the road for easy change of gradient.

The different types of curves used in highway engineering are: