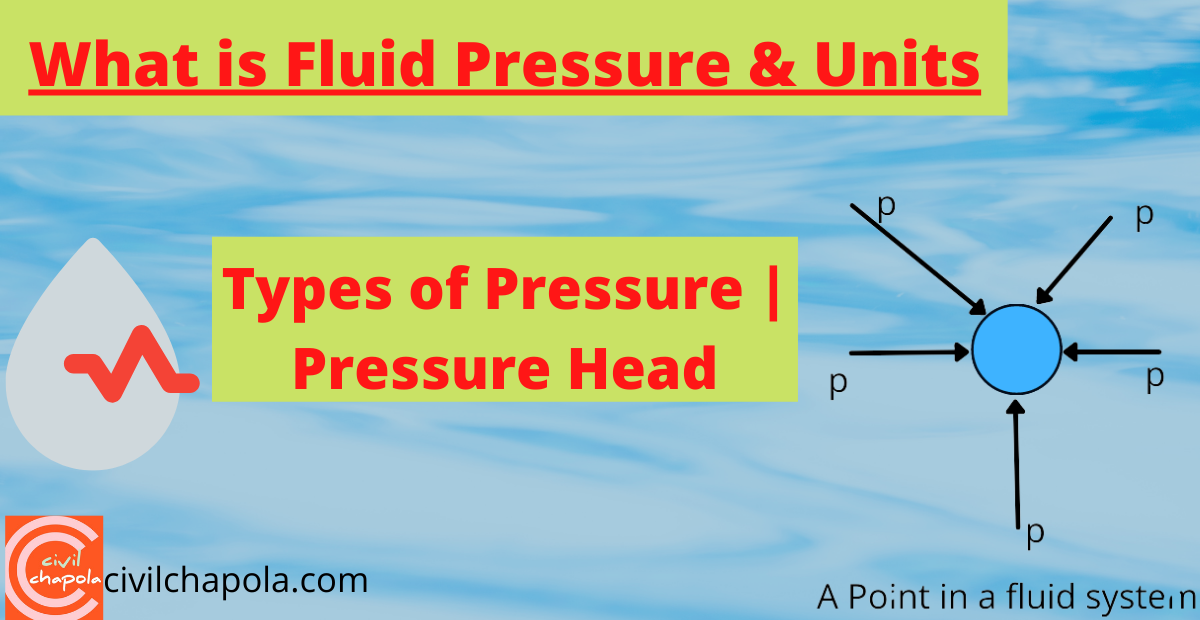 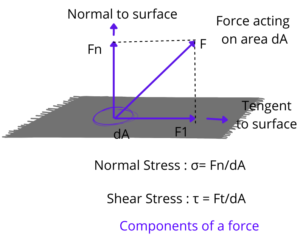 The normal stress in a fluid at rest is called pressure. the stresses at a point are defined as the force per unit area and are determined by dividing the force by the area on which it acts.

When the fluid is confined within the solid boundaries, it exerts a force against the boundary surfaces. The applied force always acts in the direction normal to the surface in contact. Because the fluid at rest cannot maintain the shear stress and hence has no tangent component.

Fluid Pressure at a Point:

Pressure or pressure intensity can be defined as the force exerted on a unit area. Thus, p = dF/dA where dF = an infinitesimal area dA . force acting on

Pascal’s Law for Pressure at a Point: 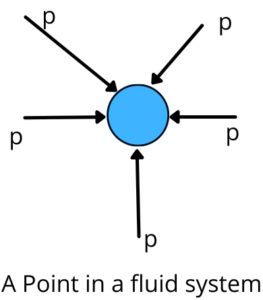 According to Pascal’s law, the pressure at a point in a fluid system is distributed equally in all directions.

This means that the pressure at any point in rest or motion of a fluid is independent of the direction because no shear stress is present.

The pressure in a fluid system has a magnitude but is not specific. a point in the direction of the fluid system and, thus, is a scalar quantity.

This applies to fluid rest.

In the case of the fluid being reduced, the relative motion between the particles of the fluid will result in the establishment of shear stress.

The pressure at a point is then assumed to be the mean of the normal forces per unit area (stress) on three mutually perpendicular planes. Since these normal stresses are usually larger than the shear stresses, it is generally assumed that Pascal’s law still applies. 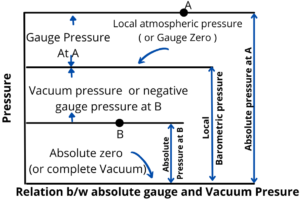 The pressure exerted by atmospheric air normally on all the surfaces with which it is in contact is known as atmospheric pressure.

The pressure measured above absolute zero (or absolute vacuum) is known as absolute pressure.

Pressures are assumed to be gauge pressures unless specifically designated as absolute. For e.g. 100 kPa (abs) would refer to absolute pressures.

The vertical height of the free surface above any point in a liquid at rest is known as the pressure head for that point.

Relationship between the heights of columns of different liquids which would develop the same pressure at any point, p = γ1h1 = γ2h2. If S1 and S2 are specific gravities of the two liquids then,

Pressure in a Compressible Fluid:

For a compressible fluid, the density varies with the pressure, therefore