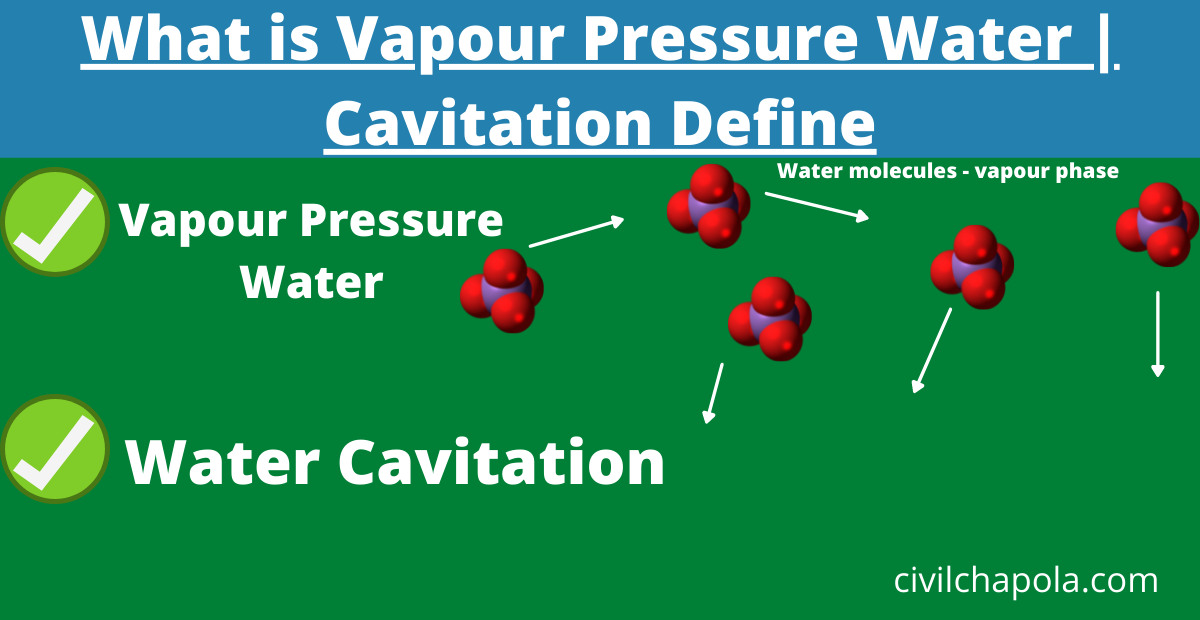 The vapour pressure water of a pure liquid is defined as the pressure exerted by its vapour in phase equilibrium. It is a property of pure liquid-vapour

For any pure liquid to have a phase-change process, there is a definite relationship that exists between pressure and temperature. At a given pressure, the temperature at which a pure liquid changes phase (liquid to vapour) is called the saturation temperature. For water, it is 100 °C at 1 o’clock.

Similarly, at a given temperature, the pressure at which a liquid changes phase is called the saturation pressure.

Partial pressure is defined as the pressure of a gas or vapour in a mixture with other gases.

Thus, for a system consisting of a pure liquid and only vapours of that liquid, the full pressure at the liquid surface will be exerted by the vapour and, therefore, the term partial pressure is replaced by vapour pressure.

The pressure value will be the same whether it is measured in vapour or liquid phase.

The vapour pressure at the boiling point of the liquid becomes equal to the atmospheric pressure.

Mercury has a very low vapour pressure and is, therefore, an excellent liquid to be used in the barometer.

When a liquid flows into an area where its pressure drops below the vapour pressure, it begins to vapourize (or boil), and vapour pockets or bubbles form in the liquid. where they suddenly collapse as the vapour condenses again into a liquid. In addition, these bubbles can also collapse to the point where they form, due to the momentary local increase in pressure at the point when a vapour bubble collapses to form a cavity and the surrounding liquid rushes to fill it. This process of formation and collapse of vapour bubbles is called cavitation.

Any solid surface around cavities is also subject to intense pressure, because, even if the cavities are not actually on the solid surface, the pressure is propagated from the cavities by incoming pressure waves in the water hammer. The formation and collapse of a large number of bubbles on the boundary surface is a matter of intense local pressure on the surface.

Liquids usually contain some dissolved air. This dissolved air is released when the pressure is reduced and thus air pockets or bubbles form in the liquid. The air pockets often called airlocks cause air to cavitate.

This phenomenon of cavitation is always accompanied by considerable noise and vibration.

When cavitation occurs, the flow is disturbed, the flow path is damaged and efficiency is reduced.

Air cavitation is less harmful than vapour cavitation but, both reduce efficiency equally.

The cavitation number (σ) is used to indicate the sensitivity of the system to cavitation. it is defined by

Protection against cavitation:
(a) To adopt such hydraulic design of the system which will avoid the development of low pressure.
(b) If it is not possible to develop completely cavitation-free areas (for example in the case of turbines and pumps), we may use special cavitation-resistant materials such as alloys of aluminum, bronze, stainless steel, etc., as coatings. Can go for metal.